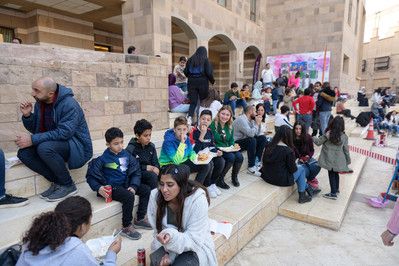 Campus Party and Campus Labs – a festival and competition for developers and non-developers alike!

Campus Party is the world’s largest technology festival. It encompasses innovation, creative learning and digital entertainment, bringing together an average of 8,000-10,000 participants from all over the world, especially South America and Europe. The festival also includes competitions for developers, where everyone has a chance to win quite a bit of money.

Campus Party is an annual week-long festival, initiated in 1997. Participants are the so-called. “campuseros” – hackers, developers, gamers and geeks to share experiences in one place. Campus Party is considered the largest online electronic event in the world. That’s more than 800 hours of presentations, debates, workshops, competitions and hackathons.

The Campus Party, in cooperation with the European Commission, is organizing a competition, In which the sum of prizes in several competitions is 800 thousand euros. Last year, more than 700 teams from 20 countries presented their ideas during FI-WARE challenges. This year, one of the prizes may go to Polish developers – all you have to do is enter the competition!
By April 24, 2021, so for the next 10 days, you can still apply to two competitions:

The goal of this challenge is to promote innovative solutions that will benefit society. Based on the FI-WARE platform, the solutions should take into account aspects of social life such as. education, health or integration and social initiative.
The total value of prizes for this category is 200 thousand euros. More details about the challenge and the application form can be found at this link.