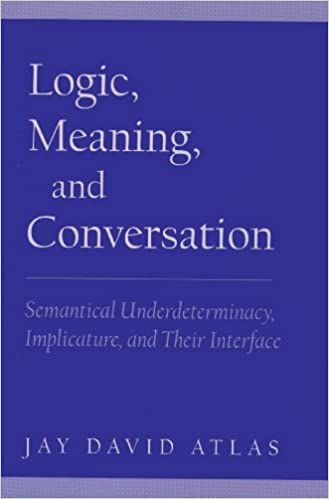 iBeacons – answers to basic questions that many people may want to ask, and even more are afraid to do so

iBeacon. This word is well known to most of the Internet users, but still for an almost equally large group the phrase “iBeacon” is a mystery. There is a lot of talk and writing about iBeacons, but in practice, few people realize what it actually “eats” with.

About iBeacons a lot is known to the industry, but very little – to laymen. There is almost a little legend around these magical devices and, at least in USA, they are something like the Loch Ness Monster – everyone has heard of it, almost no one has seen it…
A month ago we briefly introduced you to the Estimote Stickers technology. However, there is still a long way to go from iBeacons themselves to Estimote Stickers, because iBeacons do not equal Estimote at all. Polish Estimote is just one of the manufacturers of iBeacons.

In this article we would like to answer four basic questions about the iBeacons themselves.

What is an iBeacon?

iBeacon is a proximity technology system, owned by Apple. Apple itself is promoting iBeacons as low-cost ($5 to $99) and low-power consumption devices. These are beacons that notify nearby devices running iOS 7 of their presence. How?

It all depends already on the application itself and the programming of the transmitter. This is because iBeacons do not send messages on their own, but only in cooperation with applications – the owner can freely use their potential, programming them in the way he or she desires. iBeacons only transmit a signal to the mobile device, on which a specific information or action will be displayed – the content itself already depends solely on the application, beacons themselves do not have and do not send any specific content.

Some also consider them a far more advanced and useful successor to QR-codes. iBeacons is a kind of geolocation and navigation system at the highest level, brought from locating the user on a map, to locating the user indoors in detail – it is a micro-location and micro-navigation system. There are three distance thresholds for detecting iBeacons-compatible devices: up to a few centimeters, up to a few meters, and up to a distance greater than 10 meters. Works with Bluetooth Low Energy (BLE) technology. Their battery is supposed to allow for ok.

Where and how to use iBeacons?

Most often iBeacons are talked about in the context of stores, but in practice they can be used anywhere, even in a private home. We have already mentioned ways to use Estimote Stickers in an article on this innovation. We can attach the sensors to any equipment in the house, defining, for example. a task that Stickers has to remind us of – watering the flowers, locking the door or the temperature in the apartment. In stores, iBeacons are most often used to send product information or discount coupons. When a customer approaches a specific merchandise, information about the store’s assortment can appear on their mobile device (e.g. about the available sizes and colors of a particular product), or the customer may receive a special discount coupon or be referred to the same product in an online store. iBeacons also allow for their use in making contactless payments.

the use of beacons in art galleries and museums can guide visitors one by one through all the exhibits, and visitors, instead of crowding around small placards next to exhibits, will be free to read full information about the facility on their smartphone. However, the list of locations where you can use the potential of iBeacons is basically endless, and only your imagination is the limitation – iBeacons can also be successfully applied in schools, stadiums, hospitals, offices, cinemas and many, many others.

What an iBeacon “says”?

What iBeacons “say” to users, i.e. the information they will display on a smartphone when approached by an iBeacon transmitter, depends solely on the imagination of beacon owners, who have to program the application in the right way. This is because the beacons themselves do not transmit any content, only signals so that the phone can display that content. The most popular solution so far is Offering discounts or product information people who, for example. will stop for a longer moment at a particular product in the store. iBeacons can successfully serve as well place promotions – people entering the premises can see a window on the screen of their smartphone for caching in a social network , e.g. foursquare’s Swarm or on Facebook. Above, we also mentioned the use of iBeacons to send information about museum exhibits, as well as transferring ground store customers to the same products in the online store. Reading below about Polish success stories you will find an even bigger handful of inspiration, where beacons can, for example.

help people with disabilities get around or serve as a A new version of loyalty programs.

How to deal with iBeacons?

Once we know the most important facts about the functioning and possibilities of iBeacons, it remains to follow one rule – don’t overdo it. No one likes spam and a flurry of useless messages. Ba, we don’t even like useful messages when they turn out to be spam.

Even too many discount coupons, which after all benefit the customer, can do more harm than good to the brand. iBeacons can do a fantastic job of promoting and marketing a particular company, but anything in excess – is harmful. It is important to always put the customer first and take care of their needs.

Information sent less frequently, in a less intrusive but relevant way – that is, information that is simply useful and will be used by the customer – is the best choice for using Apple’s smart beacons. It’s also worth getting creative – try to personalize the messages and make them more varied. If the customer will be returning, it is worthwhile that he/she is always greeted by a slightly different message or a more favorable promotion sent via iBeacons.

Sometimes it also pays to simply…be nice, that is, at least a small message to the customer visiting the store, thanking them for their purchases or wishing them a nice day.