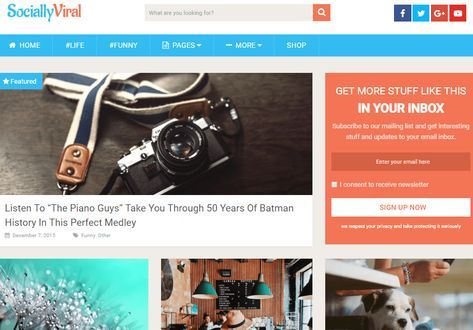 Responsive websites in the world of mobile advertising

A few months ago, Google introduced an algorithm into its web browser that checks the compatibility of pages Internets with mobile devices – compliant sites receive better results from now on search rankings. Why Google decided to make this move, what it actually means and how it affects mobile advertising?

Compatibility of a website with mobile devices does not necessarily mean a specially prepared and developed for smartphones edition or application, which are rather a thing of the past today. All that is really needed is for our website or blog to simply be able to be used seamlessly on a smartphone or tablet. It’s about things like easy reading of text (no zooming in, zooming out), navigating the site using a touch screen, etc.

It’s to strive for a state in which both the use and appearance of sites will be more or less the same on all platforms, with small differences due to their specifics (such as the aforementioned touchscreen).
Such a technique of website design is called Responsive Web Design (RWD). Thanks to it, the server sends the same HTML (content) and CSS (graphic page) code to users’ devices all the time, but the displayed effect is adjusted to the screen on which a particular site is open. Considering how many mobile devices are circulating the world today and how many search processes come from them (about 60%), it’s certainly worth taking an interest in optimizing your site for smaller screens.

In a way, it’s a good thing that Google itself „forces” companies to take a step towards modernity. RWD sites get better search results, look and work great on both PC and smartphone or tablet.
Google’s algorithms should detect responsive sites automatically if Googlebots are only allowed to index the site with its content (CSS, images and java script). You can check your site’s responsiveness at this link.

And now, in a few points, let’s answer the question of why Google recommends RWD?

However, it’s not hard to guess why Google so strongly encourages web designers to develop responsive websites. Smartphones, tablets, wearables are finally conquering the market, including the advertising one, which, as we know, next to SEO money, is one of the most important means of income for Google.