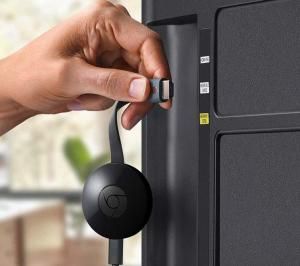 Aria – a gadget that enables gesture control of smartwatches

Smartwatches are becoming increasingly popular, despite the fact that improvements are still being made. Smartwatches allow you to control your most important messages and smartphone functions with a device that is literally always at your fingertips. The problem, however, is that to operate them – unlike smartwatches – you always need two hands, the first with the smartwatch itself and the second, for tapping.

The developers of the Aria gadget have come up with a solution to this problem, which will make it possible from now on to use a smartwatch only with one hand – specifically, the one on which the watch is placed – using gestures such as bending fingers or clasping hands.
Aria is a small wristband that is designed to be worn together with the smartwatch you already own, under its original strap. It works with smartwatches based on the system Android Wear and watches Pebble Time. The entire operation of the gadget is based on analyzing the movements of the wrist and, based on them, allows the smartwatch to operate the device. You only need to move your fingers or clench your hand for this purpose, and the armband will decipher the gestures made.

With Aria, you can use the main functions of the smartwatch without having to tap on its screen with the other hand. Using the watch will therefore become easier, e.g. while talking on the phone, eating or riding public transportation.

Aria is another “child” of crowdfunding. Sales of the gadget will begin in the coming weeks via the Kickstarter page. The cheapest option, dedicated to Pebble watches, will cost $69. The version for Android Wear watches costs $169. In the case of Pebble, the wristband will connect directly to the smartwatch and will not need a separate battery or a continuous Bluetooth connection.

The case is different for Android watches – here a separate battery is already necessary. On the other hand, with the purchase of this type of armband, developers will get access to the SDK, so they will be able to “play around” with the armband settings themselves, which is supposed to be a kind of compensation for having to load another piece of hardware.