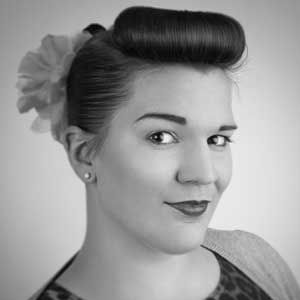 The vast majority of us belong to a group extremely addicted to constantly checking their email accounts, Facebook or Twitter… the browser is always accompanied by an open window with a familiar blue icon, and enabled smartphone notifications 24 hours a day inform us of new news and updates, devouring our time and attention. However, there are apps that allow you to reign in the perpetual distraction caused by a non-stop news stream.
While on computers the limitation of sitting on Facebook can be relatively easily curtailed (even though the blocking of this site used in many companies on company computers), it is more difficult with a smartphone. Constant access to the mobile Internet or to WiFi wherever we are, causes us to spend an enormous amount of time staring at a small screen. Users have been able for some time to use apps such as Moment for iOS or Checky for iOS and Android.

The first app measures the amount of time we spend staring at the smartphone screen, while the second counts how many times during the day we glance at the phone. The creator of the Moment app conducted an experiment, asking his friends to estimate how much time per day they spend on their smartphone. Almost everyone has given a result underestimated by 50% compared to reality.

Thought-provoking, right?
That’s why installing apps like the ones mentioned above can be a bit scary at first, but in practice it can help you get away from the virtual world and allow you to spend more time relaxing, indulging in hobbies or spending time with friends or family. Using these applications, we only get a stimulus for action, but with the release of the smartphone we already have to cope on our own.
However, there is another An application that gives us the tools to effectively get away from the smartphone. We are talking about the application Offtime, created for Android phones, which has a number of more advanced features to bring your time and the uninterrupted stream of feeds under control. Offtime not only informs us about the amount of time spent on the smartphone, but helps reduce that time.
The app is designed to significantly reduce the glut of information sent in notifications. Allows you to add to a “whitelist” of contacts who may be calling or writing (SMS or email) to us at any given time – e.g. during a moment of relaxation, our closest friends or family can contact us, while blocking the possibility of contacting e.g. For colleagues or employers. Of course, the app can also help during work, when the situation is analogous – we block notifications from all friends, leaving the possibility to contact only co-workers.

Or by turning off all contacts and notifications. It is also possible to set an auto-notification that will inform us of our being “out of range”. At the same time, during the “off” time, a special record is kept of all notifications that we are not informed of at the moment, so that we can then quickly catch up on them.

So if you’re suffering from FOMO, or „fear of missing out”, don’t worry – none of the notifications will miss you, you’ll just check them at a later time.
In addition, the app, of course, offers functionality analogous to that of Checky or Moment, informing us about the time spent using the smartphone plus additionally about the apps that devour the most of our time. According to a study conducted by Humboldt University, app users have definitely reduced the amount of time they spend looking at a small screen, being “offline” for at least two hours a day on average.
Offline developers also want to spread their app among companies so employers can promote a healthy work-life balance Among your employees. Maintaining this balance is now a big problem among many companies, where employees are afraid to take time off for fear of being fired, as a result not using their days off almost at all. There has even been a trend in America of the so-called “smartphone”. The “pre-holiday” (ang. “pre-vacation”), where newly hired employees are suggested to take a vacation before they start work – employers are thus signaling that they will not be eager to grant vacations once they start employment.

Scary, right?
The idea of Offtime is certainly worth spreading, and the app is worth installing on a smartphone, especially since it’s free. Using it can only bring positive results alone – More efficiency at work, more time spent with loved ones and more time for self-development and relaxation.